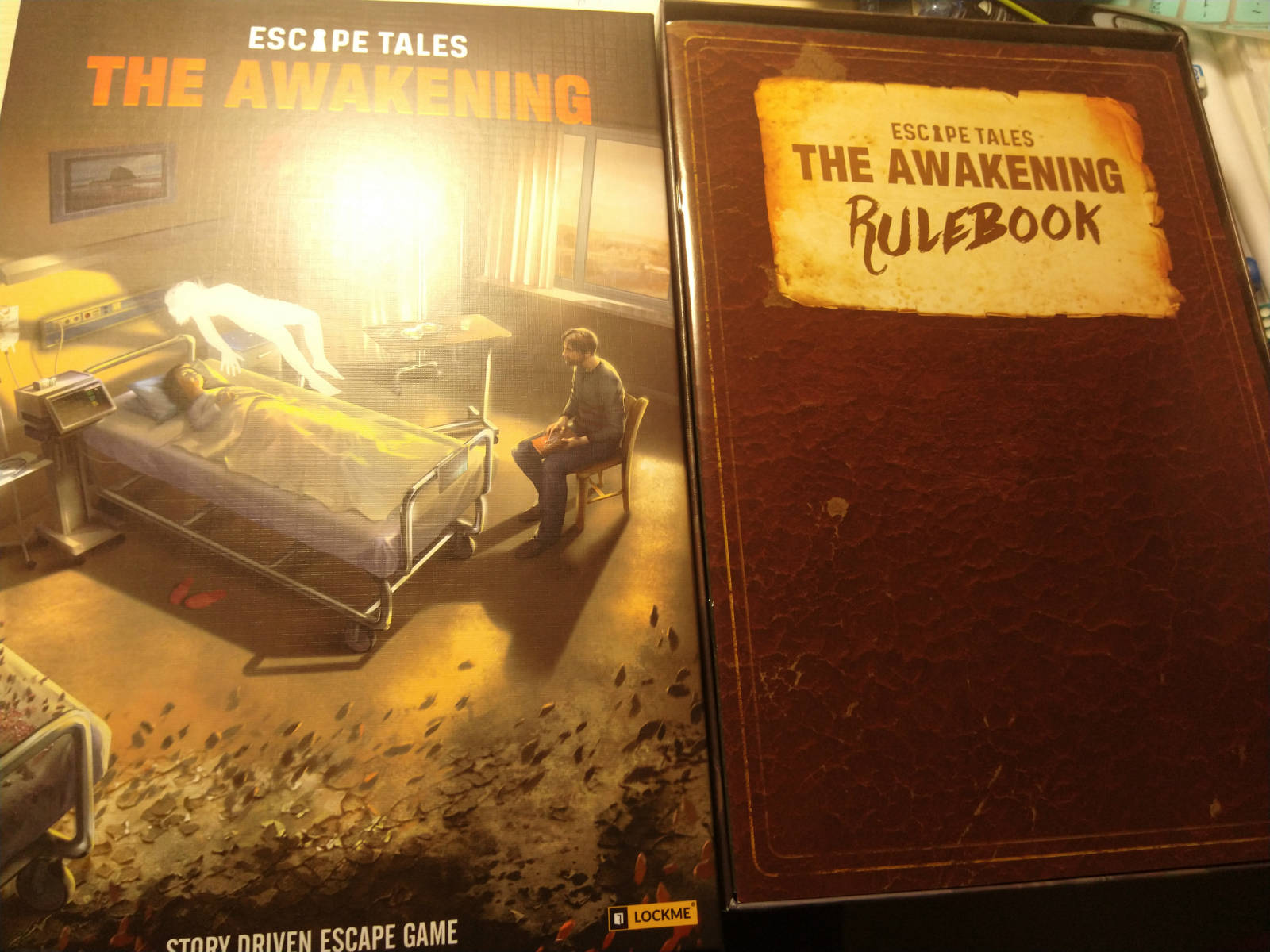 最近入手了Escape Tales: The Awakening，一个解谜类的桌游，大概讲的是一位父亲救昏迷的女儿的故事，谜题设计还是比较好的，目前只推了一个be，据说有多结局，体验还是不错的，美中不足的地方就是无中文。
附一段BGG上的英文介绍吧，整体故事很棒:
Description from Boardgamegeek:
Escape Tales: The Awakening is a card game based on the escape room concept, but you're not limited by time when it comes to finishing this adventure as the game is focused on the story and your exploration of it, while engaging the puzzles within and making choices that will immerse you deeply. As for the story, here's the set-up:
Players take on the role of Sam, whose daughter has been in a coma for over two months and whose doctors still cannot explain how this happened or what caused it. According to them, everything is fine with the girl; she's healthy and shouldn't be in this condition. Sam is desperate and looks for answers everywhere he can, which leads to a weird meeting with Mark.
Mark's son was once in a similar situation, and his father was able to help wake the boy up. He has given Sam a scary-looking book and said that inside this book he will find a ritual called "The Awakening". But Mark warned Sam that he needs to prepare himself mentally since this ritual will transfer him into another dimension, where he should be able to find his daughter and understand what is the cause of this state. If Sam's lucky enough, then he will be able to wake her up as well. Sam has held onto the book for more than a week. Finally, he's ready to go into the basement and perform a ritual. Are you ready, too?